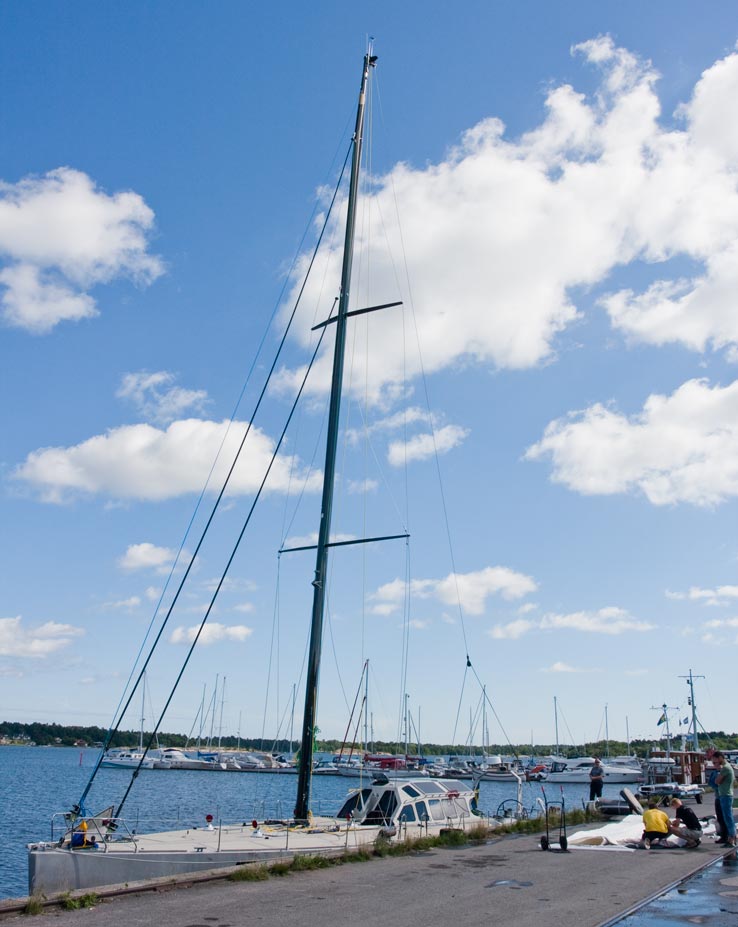 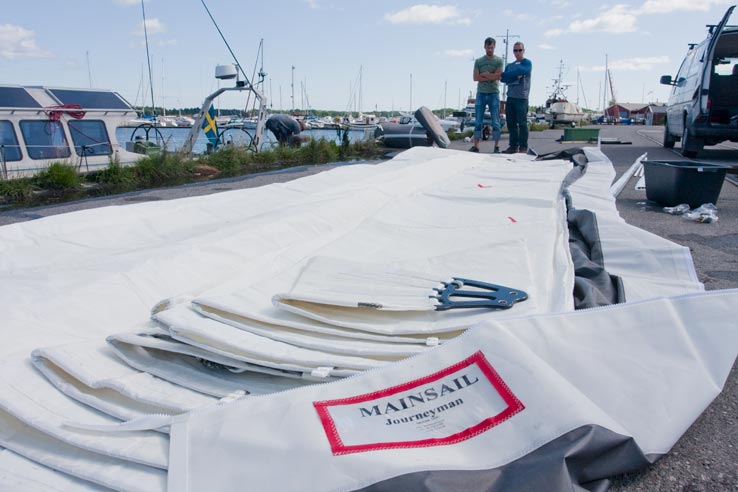 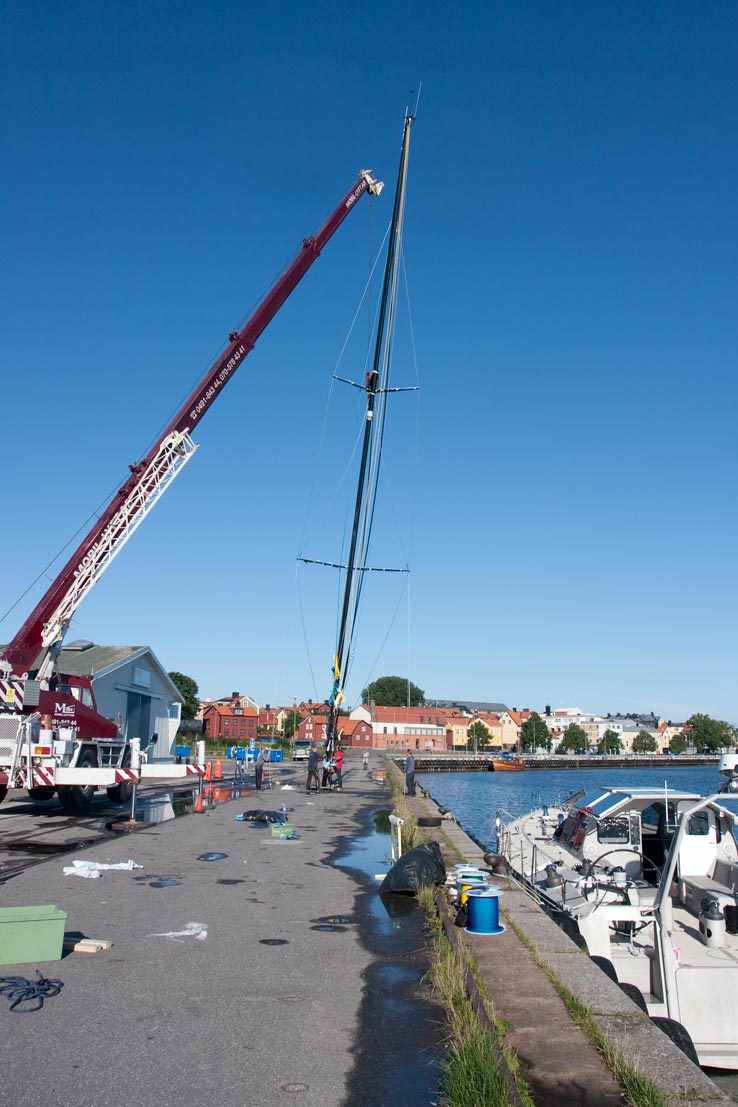 Unfortunately we are STILL waiting to get the mast put on. Seems to be taking forever… Everything is waiting next to the boat. 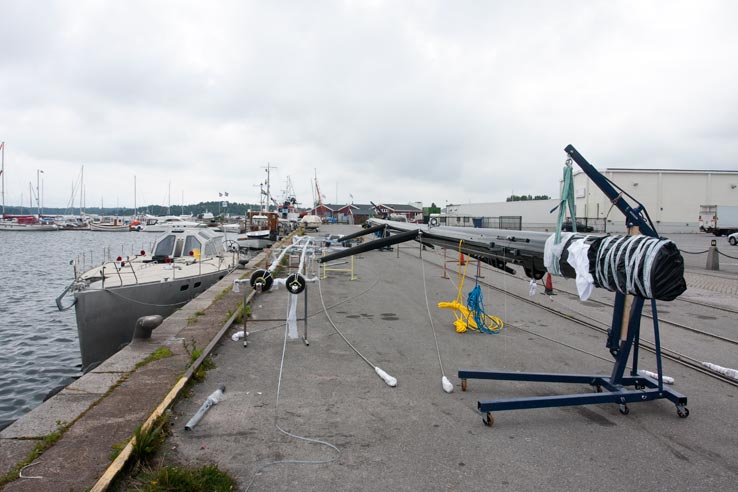 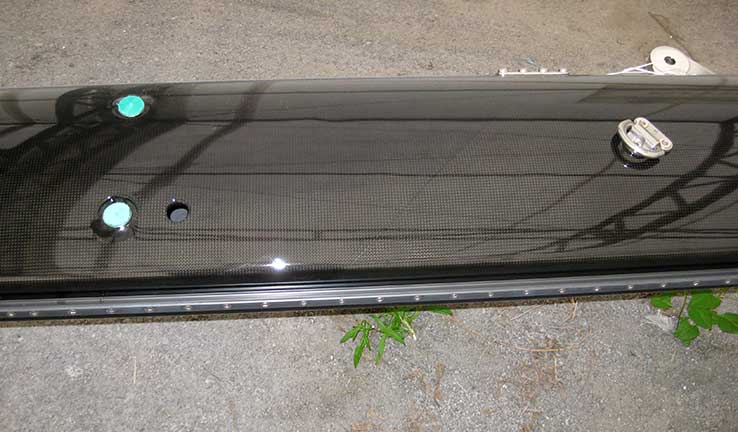 I’ll write more on the rigging later, but I just got the first images from the maker, so I just had to write a teaser blog entry about it.

Today I should actually write about the first big designer mistake I have discovered I made. But the weather was so bad today that it was too dark for taking photos in the yard. So I’ll write about that tomorrow instead.

…oh and by the way, I just watched some web TV footage from today’s wedding. I was really surprised, I never realized Björn Skifs could sing that well!

This is the total length of the running rigging ropes that I ordered today.

So I’m off to celebrate Christmas in Stockholm and New Year in Berlin. I am wondering what it will be like to go to these gigantic cities? Will I suffer from cultural shock after 6 months in the Saaremaa countryside? I don’t think I’ll do any blogging there, so you will probably not find out until first week of next year….

In the meantime I give you a little story about the chainplates (that’s the points where the rigging is attached to the hull, in case the term is new to you). They have to support quite high loads. The worst case is the main mast shrouds during a broach, where the load will be just under 20 tons.

On most sailboats the chainplates are made of steel and you really don’t think much about them. But on an aluminum yacht it is more complex. The aluminum is quite soft compared to steel, which means that if you pull with that much force on a thin bolt, it will simply get deformed, a bit like clay somehow. So you need to have a nice big piece of aluminum that the load is distributed across. To distribute the load from the small rigging bolt to the big aluminum plate you need a steel bushing. This in turn creates a problem due to the aluminum-steel contact, which is guaranteed to cause corrosion problems. And we’re talking about a point on the hull where you certainly do not want any corrosion problems! So to minimize this risk the aluminum around the steel bushings is anodized with a thick layer of insulating oxide. 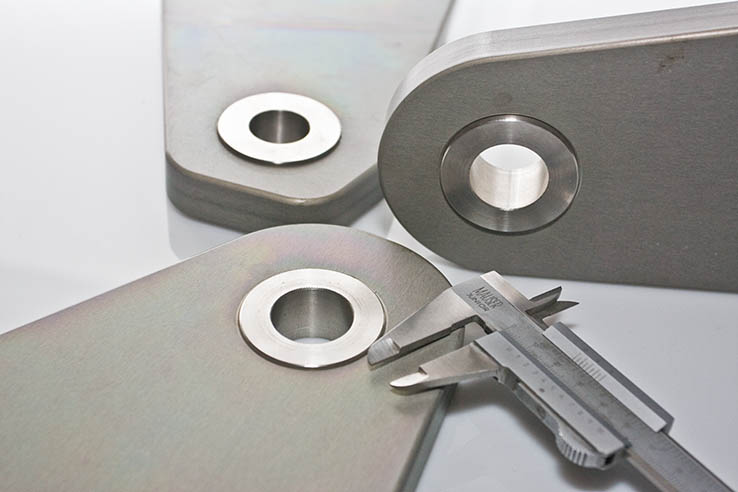 As you can tell, this work is a little bit more complicated than usual, and the story has been running for quite some time now… First the holes had to be made, and since Alunaut doesn’t have any machines for this we sent them to a nearby workshop for milling. I guess I have learned by now to never answer the question “When do you need them?” with “Oh, no big rush, do it when convenient”. The milling took forever to get done.

Then I didn’t know where to go for anodizing, but I found a company called H7/h6 OÜ on the Tallinn Technical University campus who could do it. Maybe I should have remembered what it was like when I was in the university: Lots of technical knowledge but no idea how to handle customers. So the first anodization resulted in ugly un-anodized spots in very wrong places, and first I thought we would have to start from scratch. The anodizing guys were able to fix it in the end, but made me very annoyed by always claiming it was somehow my fault that they didn’t do the first job properly…Plus this whole process took a few weeks too.

Finally the center bushings have been made and fitted. The guys who did that unfortunately managed to slightly damage one of the parts when they fitted the busing, but I think I will have to live with that. Doing it all again somehow does not seem like a good idea :-) ! As you can see the end result looks quite good for the most part.