Those of you who have followed this story for a while have read, and seen videos, about flame fairing.  Well… since the global warming seems to come with very cold winters (where is the logic in that, I ask myself…) Margo has now taken this technique to new heights, by introducing snow fairing: 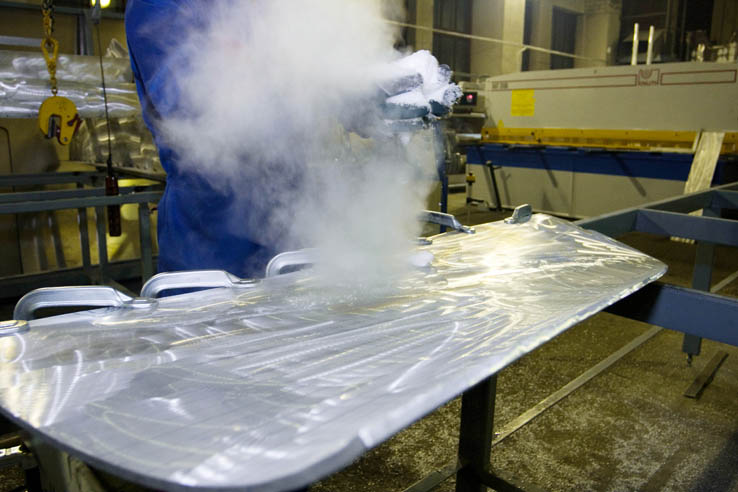 This is the latest weapon in the battle with the very thick and curved plates in the bow of the Journeyman. These are the only ones missing now, before we turn the hull around. Let’s hope it works, because I would really like some progress. Things have been slow lately, unfortunately. Mostly because Alunaut have been very successful in getting orders for other boats that need to be ready soon. So right now only one or two people are working on Journeyman. Keep your fingers crossed for next week!

Sooo…. Starting from today the blog will be in English. There are enough non-Swedish speaking people following us now to warrant the change. I hope you enjoy it!

Also I was a little bored yesterday, and took the opportunity to play around with the web site layout a bit. Now you get a little larger images, which I hope makes it more interesting and easier to see what is going on.

So what about building progress? Well we are getting near the turning point. But the trailer that we planned to use for the turning is still being built in Tallinn. And it won’t be ready until January!! So Alunaut had to create plan B, which is now to turn the hull inside the hall using the ceiling cranes. Keep your fingers crossed…. 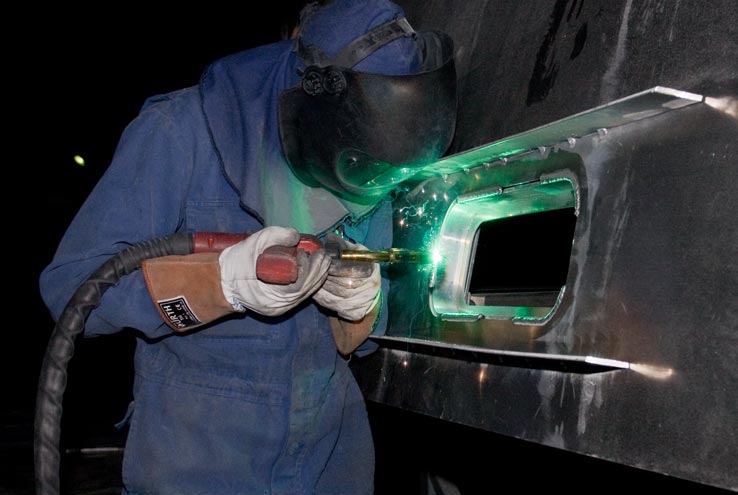 The welding of the hull plates is almost complete, and the team has started to work on details such as trim-tanks and windows now. The windows going in means that the topsides start to really look like the drawings, which is nice! The final plates in the bow are still causing trouble though, nobody dares to touch them right now…. 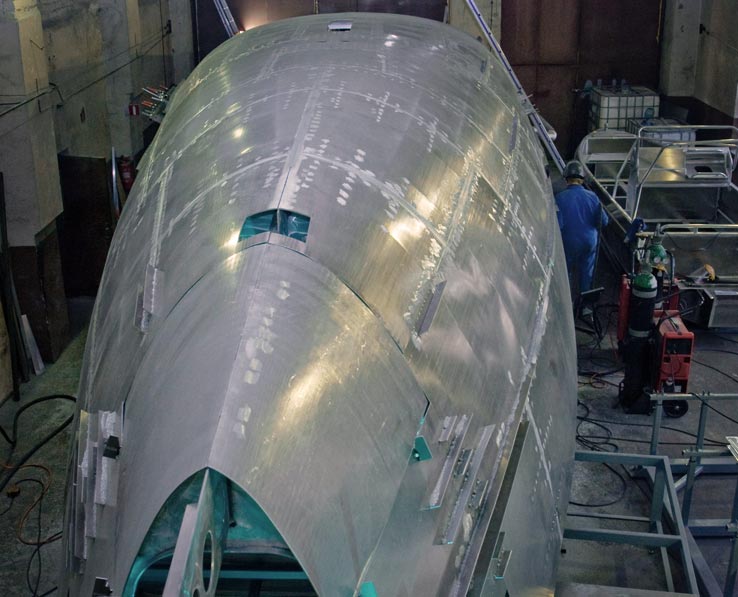 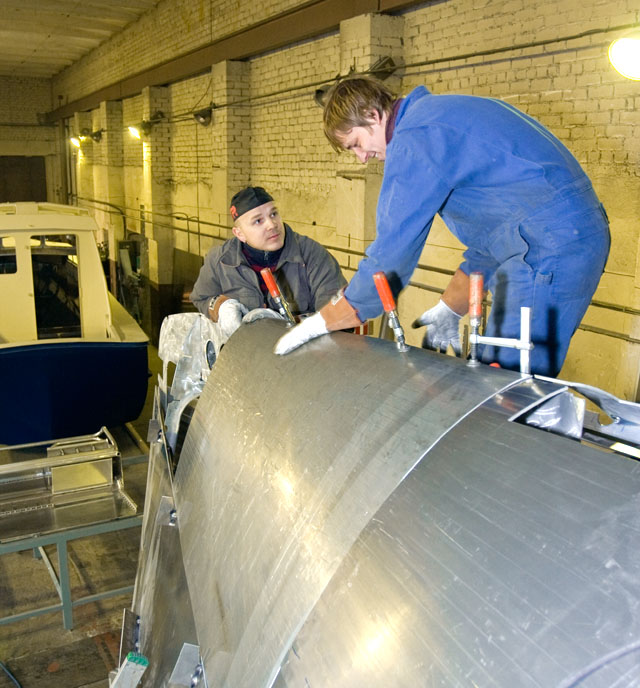 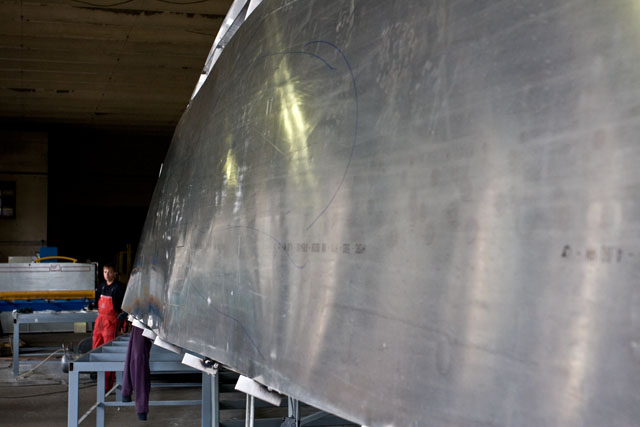