Well, right now it is mid-summers eve in Sweden, one of the bigger and more traditional party holidays in the year. And I am sitting alone in my Soviet era apartment in the middle of a field, with a boat building project that no one has worked on for many days. Why? Because Estonian mid-summer is celebrated two days earlier. And because of this: 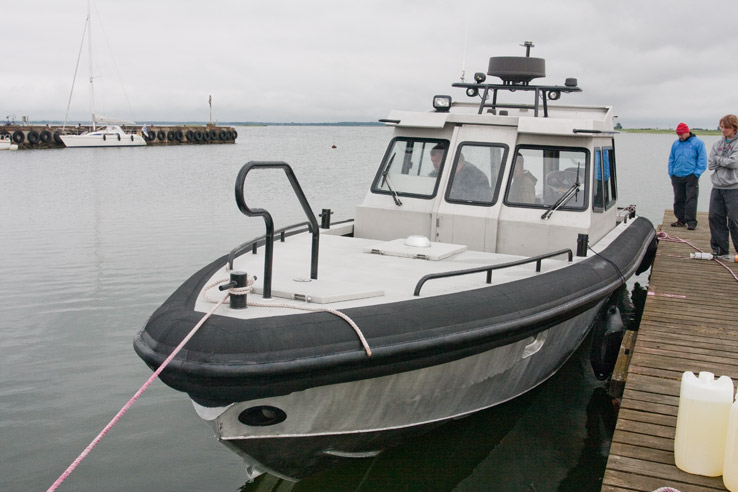 Today I helped the guys at the yard launch the new Vector 28. Just like the Journeyman it was supposed to be ready long time ago, and the more the team got into a panic because it was not ready the less work was done on the Journeyman, and in the end I ended up working on the Vector too, since everyone’s focus was 100% on that and I realized I would not have any attention until it was out of the door. Plus Fredrik, who is the owner of Vector Proboats, is a really nice guy and I like helping people when I feel I can make a difference.

Anyway, now it’s been delivered and next week we move full thrust into the final month of Journeyman building.

And Fredrik and a friend of his get to spend mid-summers eve crossing the Baltic in their new boat. I am a bit jealous. But I did get a short test run. It’s a nice boat. And quiet. Good thing at least someone designs quiet motorboats.