After a very nice 8 day journey we have arrived in Punta del Este. We had great sailing most of the time, maybe a little too much motoring, but overall a very nice passage.

I was quite satisfied to be in a marina tonight, as the winds picked up to blow a steady 40 knots during the night, sometimes gusting to full storm strength. I tried to capture the spray flying over the breakwater in the middle of the night. Not so easy, but you get the idea. 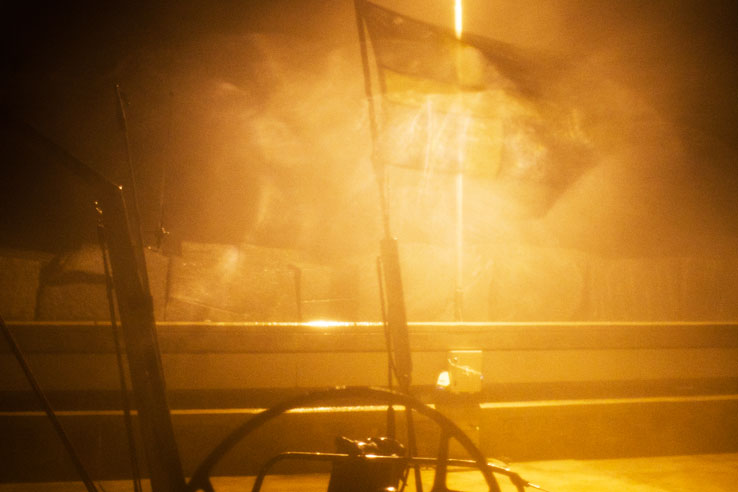 Also I got a quick answer to a question I had yesterday. I was wondering why they had drilled so many holes in the pier, in what seemed like an afterthought after it was built. This morning I had the answer. The pier is not solid, it sits on pillars. And the storm causes the water level to rise significantly, almost a meter. The water reaches the level of the pier, and without these holes there would be lots of load on the concrete slabs from waves hitting it from underneath, and air getting trapped under it. Now air and water comes up as fountains instead, lessening the load from the impact. 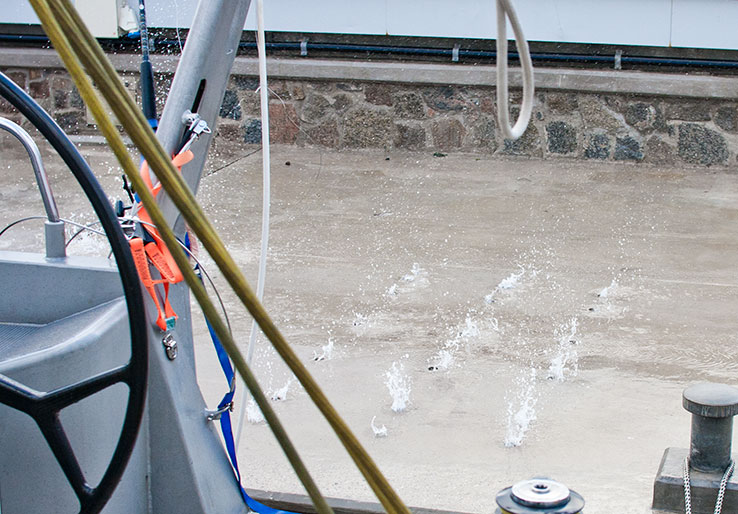