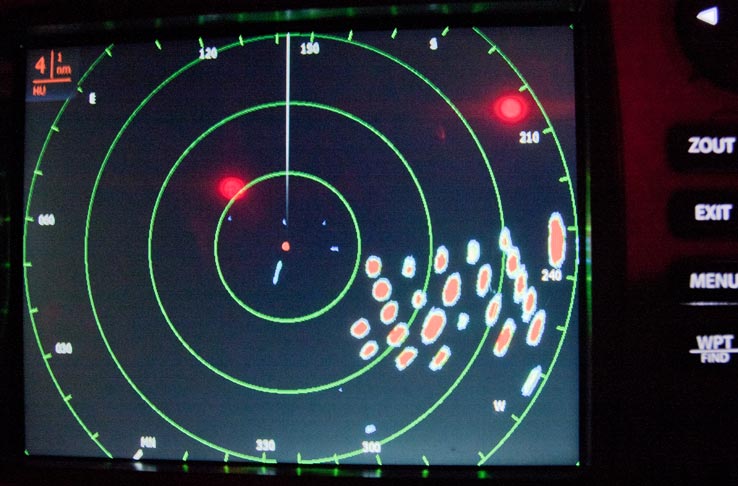 We’ve left Scheveningen for Boulogne Sur Mer. Passing the English Channels is supposed to be adventurous… and so far it has been. Although not in the expected ways. It started with the approach to the Belgian coast north of Zeebruge. We saw a couple of new windmills that were not on my (2 year old) charts. Standard procedure in this situation is to turn on the radar to check things out.

…and then the guys in the photo above appeared, but they were just in front of us. Large strange arcs, maybe 8-12 meter high and COMPLETELY unlit. No way to see them except for the stars that they obscured. Scary. But thanks to turning on the radar in the right moment we avoided them.

Then in the early morning as we were beating upwind into the canal, our main-sheet came off. The webbing that the Marström rigging guys had delivered was actually very badly made I discovered. Just a single seam holding the thing together, and when that thread broke, the entire seam came undone.

So the boom had to be captured, the sheet jury rigged, and then a new webbing put in place and the sheet remounted. A fair bit of work in 24 knots of wind! Hopefully it will hold together for the next 9 hours until we get to Bologne!