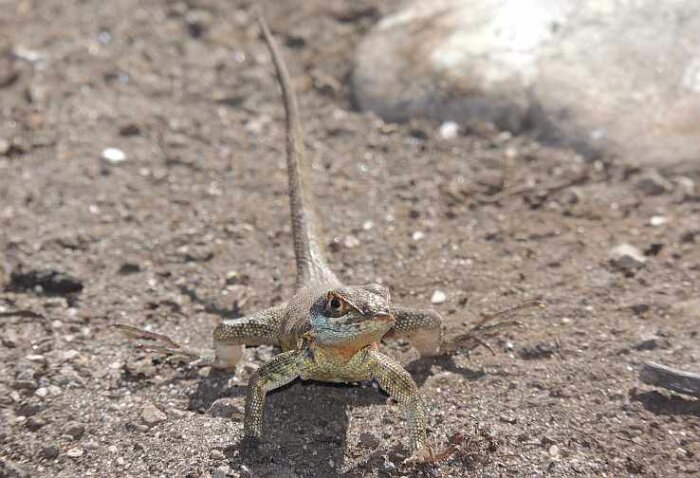 As we move further north we are slowly moving into the “too hot for comfort” zone. On Abrolhos I found this little guy, who obviously needs a pair of slippers to walk on the sundrenched rocks.

We’re waiting for some favourable winds before heading up the Beagle Channel. In the meanwhile a local predator bird got very well fed from off our boat hook… 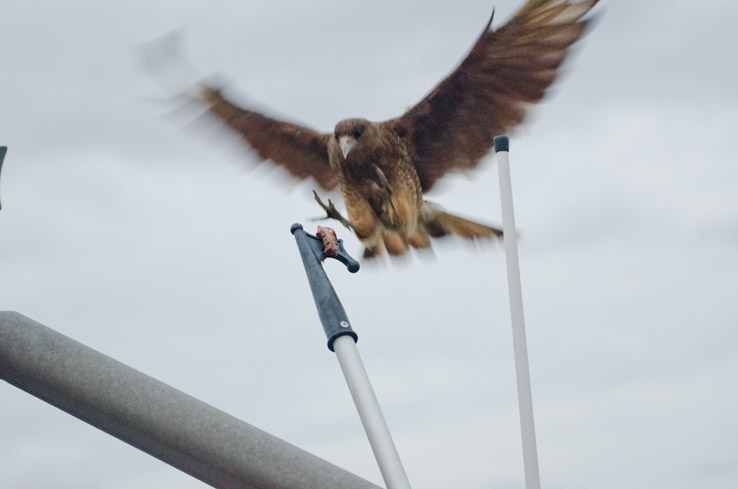 We got up very early this morning, around 6 am. As we stepped up on deck, there was a great deal of commotion in the water. First I saw a young seal surfacing, flapping its fins wildly. I couldn’t really understand what it was up to at first, but after a while it got clear that it was playing with a friend. Only the friend was not a seal. It was a Comorant.

(Filmed by Denise of the French yacht Manman Dilo)

The bird and the seal took turns at diving around each other and doing short chases on the surface. Then the seal dived down and the bird popped its head under water for a long while, twisting around to see if it could spot the seal coming up. When it came up the two faced each other on the surface, the bird spreading its wings and the seal raising its body and flapping its fins towards the bird while barking excitedly. Then they dived again and starting rolling around chasing each other. To me it was very clear that none of the animals were hostile towards the other, there was no violence at all and no attempts to flee. Just tumbling around in a friendly chase.

I have no idea if this is common around here, but I’m pretty sure I have never before seen animals of two so wildly different species engaged in play!

The southern-most island of the Falklands. Wonderful place bursting with animals. And a nice little hotel lodge in the middle.
I think the images pretty much speak for themselves. 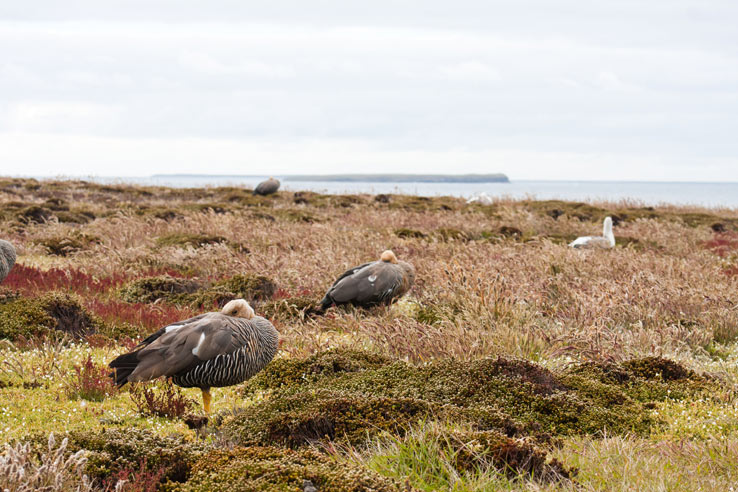 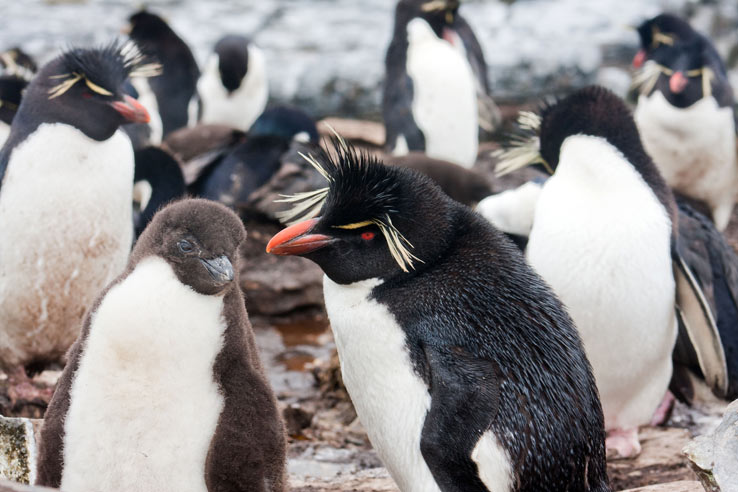 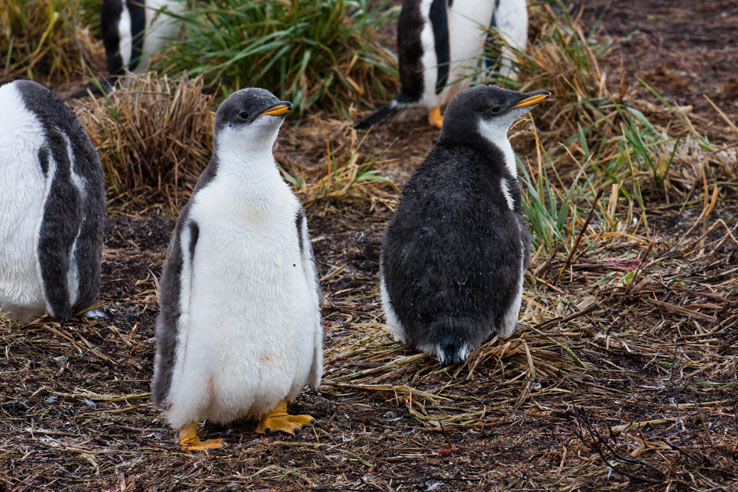 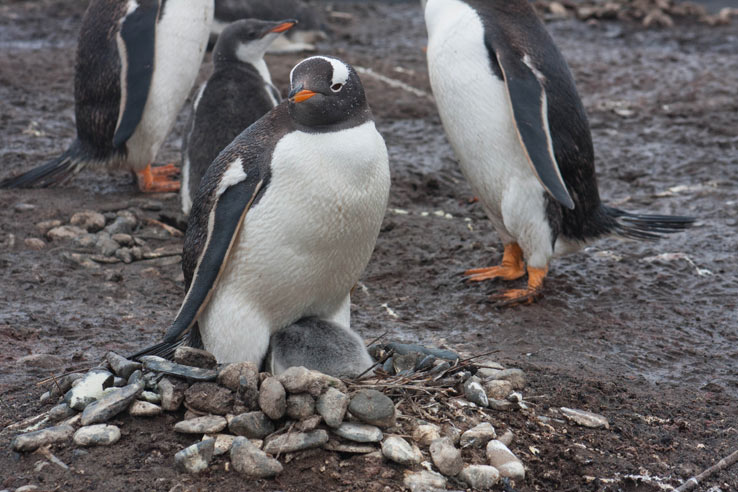 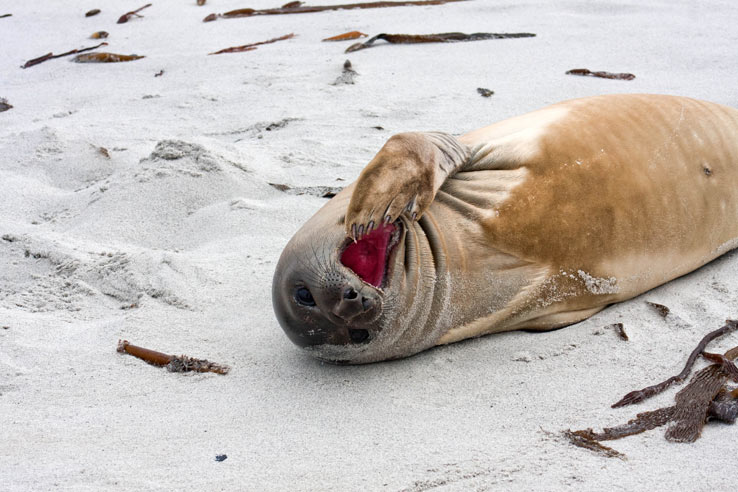 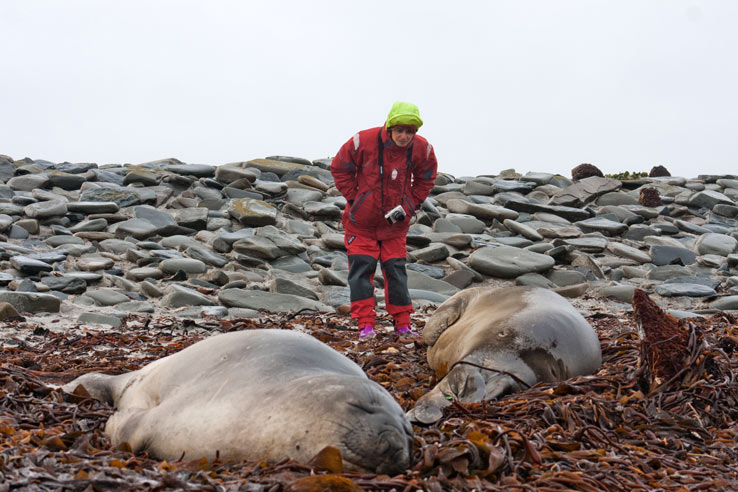 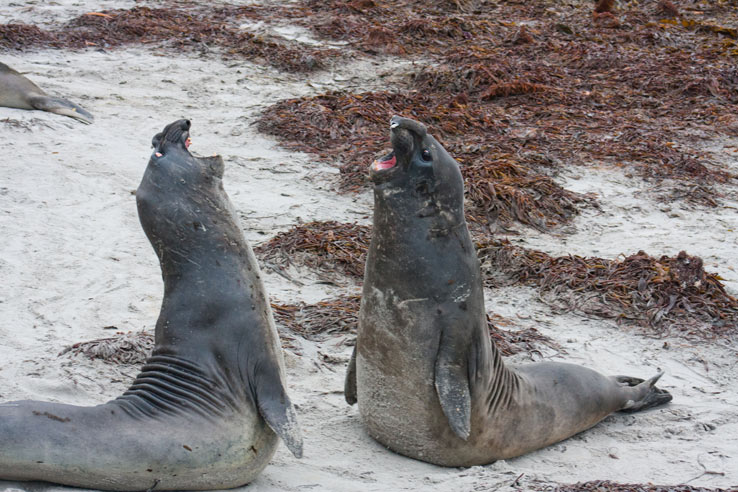 Last day before Christmas we took off to Volunteer Point on an excursion. There was very little wind, but there was still a bit of swell which made the dinghy landing difficult. Sandy beaches are OK to land on if the water is 25° and everyone is wearing shorts and sandals, but here the water is 7° and everyone is wearing long-johns and foulies. But we dressed up one of the crew in a heavy survival suit and he got to jump in first, so even if it was still a bit challenging it still worked. 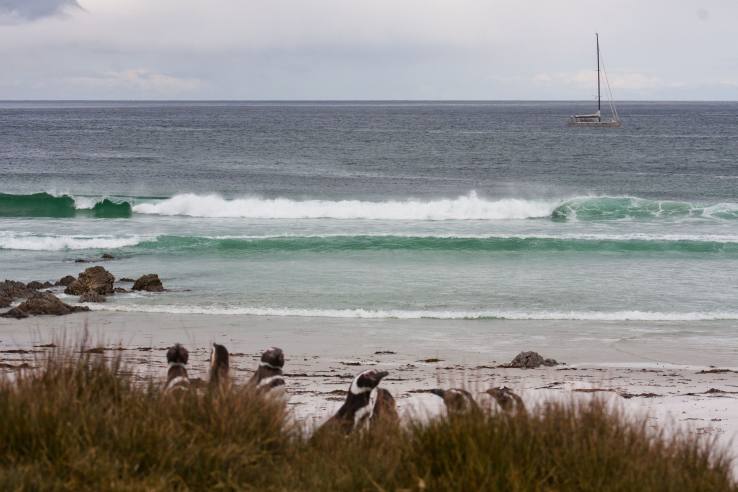 Pretty amazing wildlife here. Schools of Albatross, Petrels and other sea-birds. Dolphins and penguins jumping around in the water as the anchor went in. Penguins everywhere, in fact. 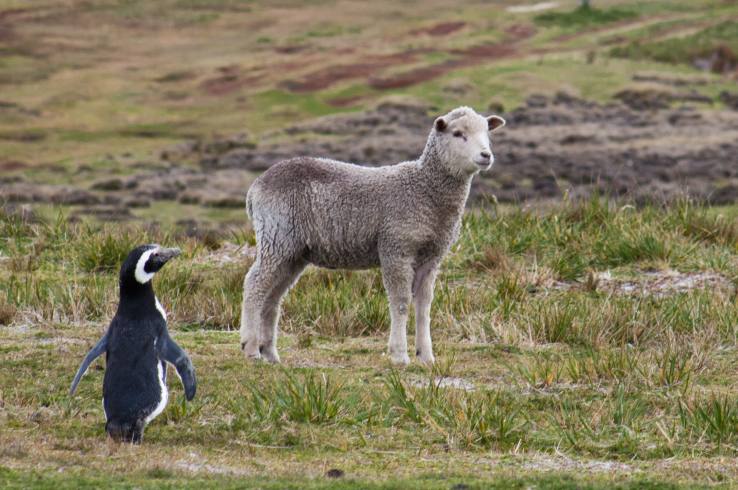 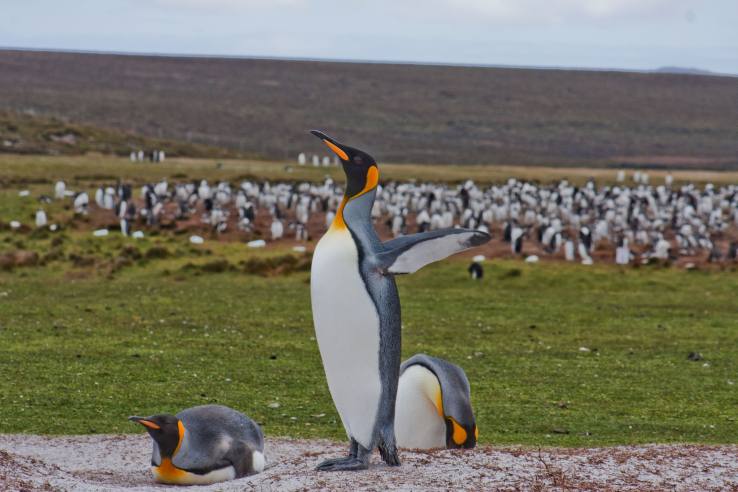