OK, the sails are back on, the fridge is full again, all tanks are refilled.

…and that nice little stir in the stomach, which means that another trip into unknown waters is about to begin, is in place.

Tonight we bid good bye to Piriapolis with a nice Asado in our favorite resto. It’s been a nice time. I have enjoyed Uruguay, its quiet style and friendly people very much. 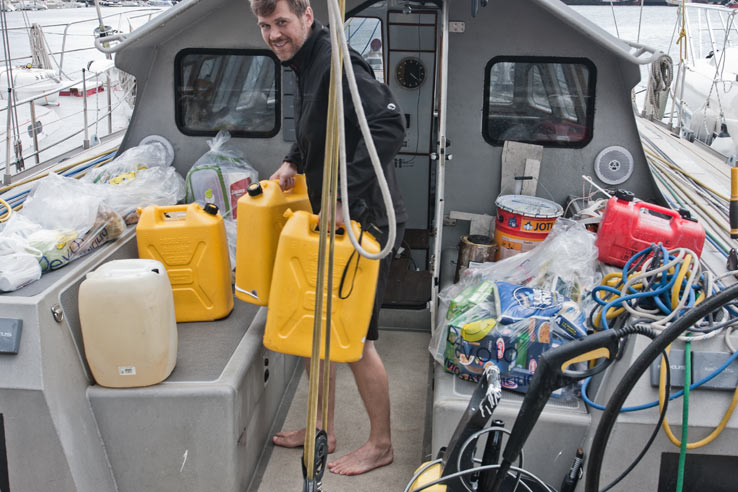 To plot our tracks in Google Maps, just klick this link. In Google Earth, open this URL: http://journeyman.se/hd/journeyman.kmz

The tracks has some gaps and small errors, and the last week of sailing is not there because I forgot to take it off the nav-station computer. But it’s fun to watch anyway!

We’ve had really light winds lately. This is sometimes challenging, especially when coming from behind. The swell makes the sails flog when the wind is so light that there is little pressure on them. And this flogging under no load causes a lot of wear and tear on the sails. To avoid it you have to head up closer to the wind, which means zig-zacking very slowly downwind. Sometimes our VMG has been as low as 3 knots. But right now we have no hurry so it is OK.

We passed the Abrolhos Archipelago, which is a beautiful natural preservation park, and also hangout for Frigate Birds and turtles. 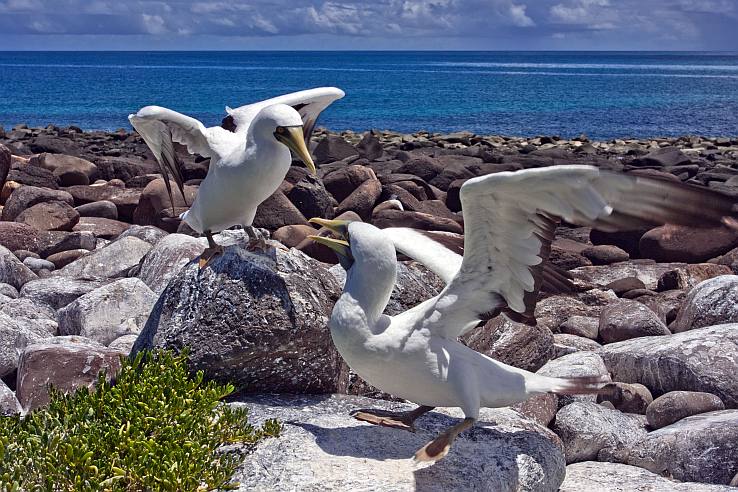 We had a rather pretty sunset the first night anchored out there: 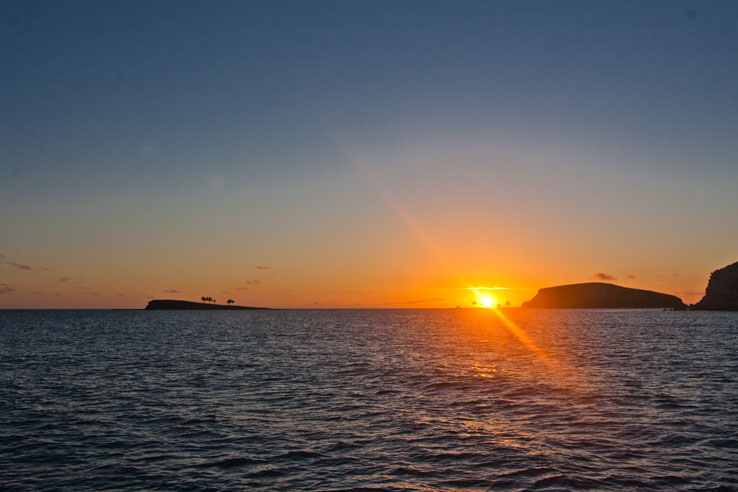 South of Abrolhos there is plenty of oil and gas production activity. We passed this funny crossover between a ship and a drilling platform, which had over 25 anchors to hold it in place: 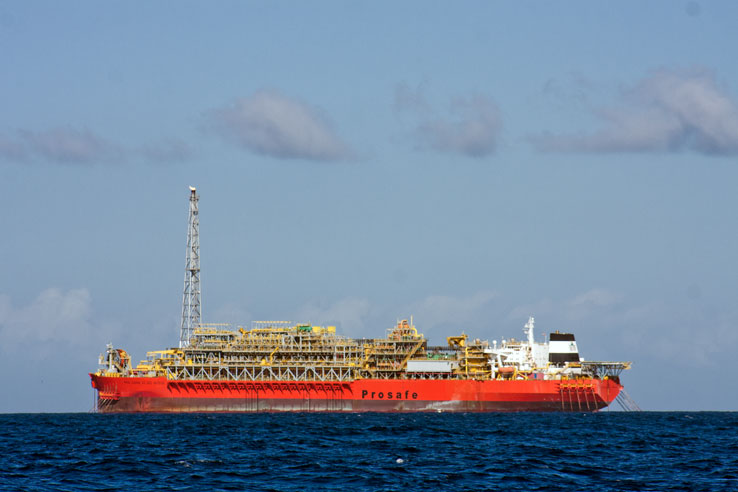 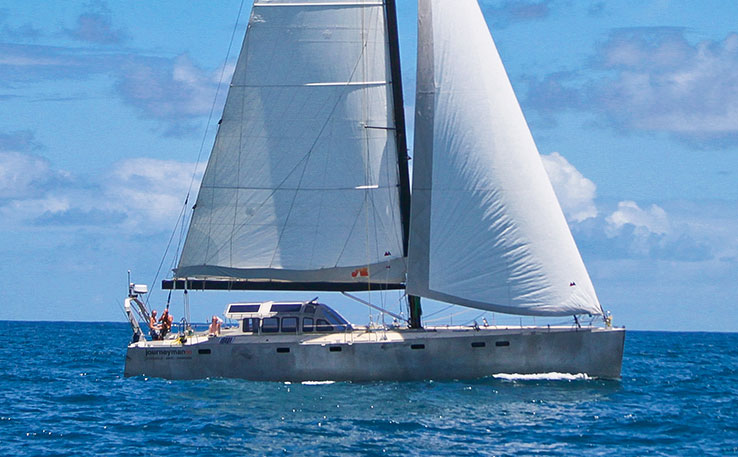 After a long pause for big repair works, we are finally back at sea. The new crew has made the decision to not sail so aggressively to start with, so now we are heading south along the Brazilian coast for Rio de Janeiro.

Tonight we stopped outside Morro de Sao Paulo, a popular tourist hangout that was rumoured to be a very nice place. Though we found only a luxurious tourist trap and didn’t like it very much. But the sailing is very nice in light winds and little waves. 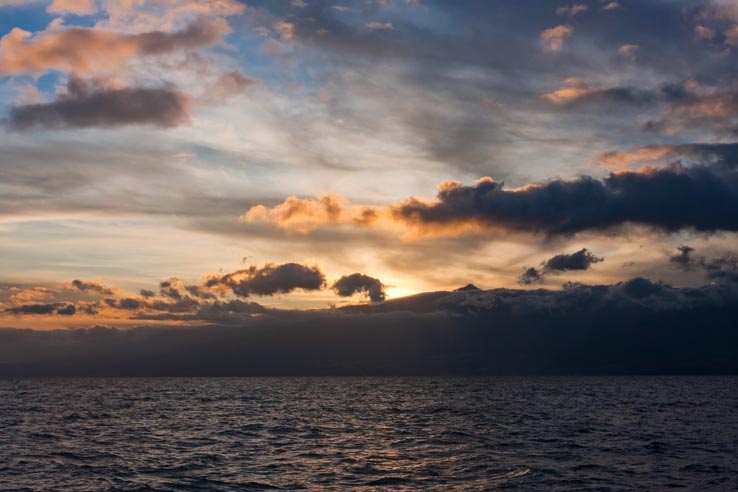 The top of Tenerife is over 3 700 meter high. We saw it sticking up over the clouds from very far away, and it provided a very nice sunset as we did the final stretch into the port of Santa Cruz. You see the top just to the right of the setting sun in the photo above.

Over all this was a very nice crossing. We sailed a total of 661 Nm with an average speed of 7.78 knots. Not too bad in my book.

The start was a little bit rough, in the aftermath of the small but powerful low pressure that we waited for before we left. Then the winds turned to north and became rather stable. We did have an accident initially, with the newly mounted wind generator. It stayed up for about half an hour before the supports broke and it fell into the water. Looking at the supports afterwards I realized that they were really stupidly designed. Too bad I didn’t think about that first. I guess I still put too much trust in the manufacturers of this type of stuff. Lesson: Never trust a smiling installation manual!

As you can see in the photo below, the supports had end brackets that were attached using just a small set screw. You can see how the set screw has worked its way into the support tube as it came off. This will be redone using screws that go through the support and can’t slide. 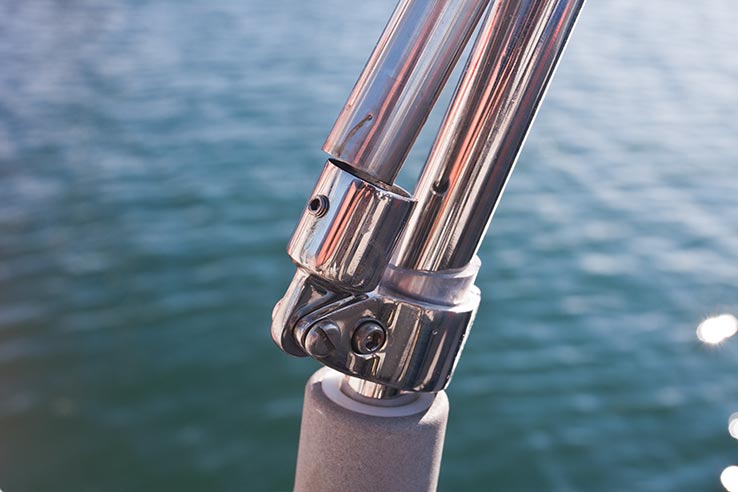 After this incident we had rather smooth sailing all the way to Las Palmas. In the dark hours just before arrival we had a floating piece of fish net caught in the starboard rudder. I cut away most of it during the night, and in the morning when we arrived we were able to remove the rest without having to go diving: 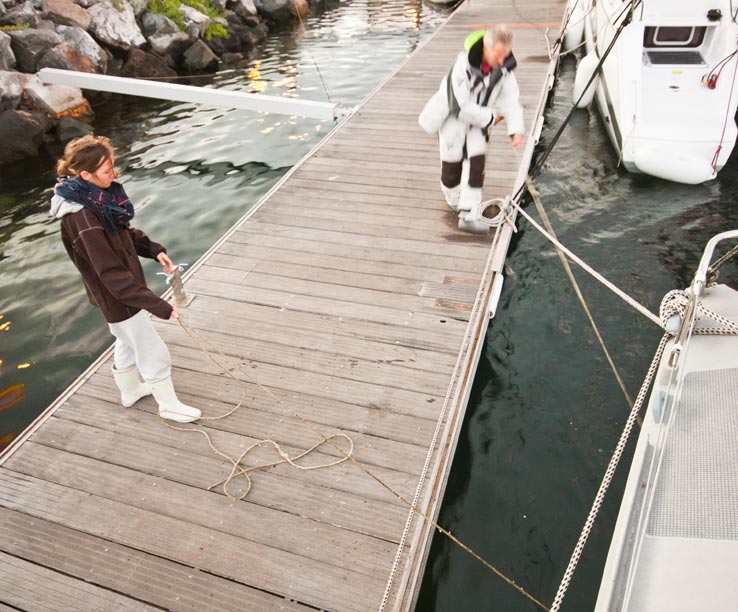 The marina in Las Palmas was completely crowded with the yachts gathering for the ARC Race, so there was no room for us. The city itself didn’t feel very inviting either, so we decided to move on to Tenerife immediately. It’s a bit weird to go out to sea again after you have just arrived at your goal, but it actually felt quite good this time!

So now we have arrived in Tenerife, in the company of the YCCS Transatlantic Superyacht Regatta, and the Swedish Navy training ship “Gladan”.