The original build of my anchor arm kind of hinged on the theory that it would only be used when raising or lowering the anchor, not when actually sitting at anchor, since I have a special strongpoint in the bow for that. The problem with this theory was of course that the forces on the anchor arm can get pretty nasty anyway.

So it broke because it was too weak. Then I made a new end fitting in stainless steel. Much stronger. But the original plastic rollers had cracked, so I thought rubber rollers would be nice, since rubber doesn’t crack. But the rubber quickly got worn to pieces by the chain, so that theory didn’t work either. As a stop gap I put some Aluminum tube there the last months of sailing, but now, finally, with big thanks to Mr Anders H, I have very macho rollers made from 40x6mm stainless pipe with a POM core. Here’s to hoping this will really be the end of the anchor arm story. 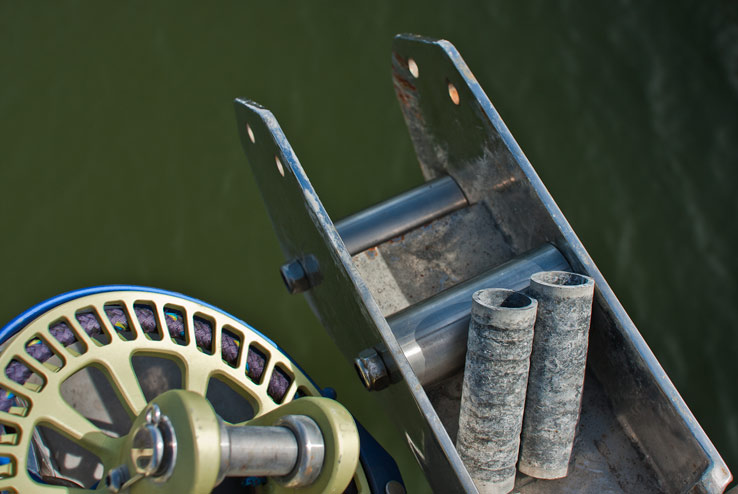 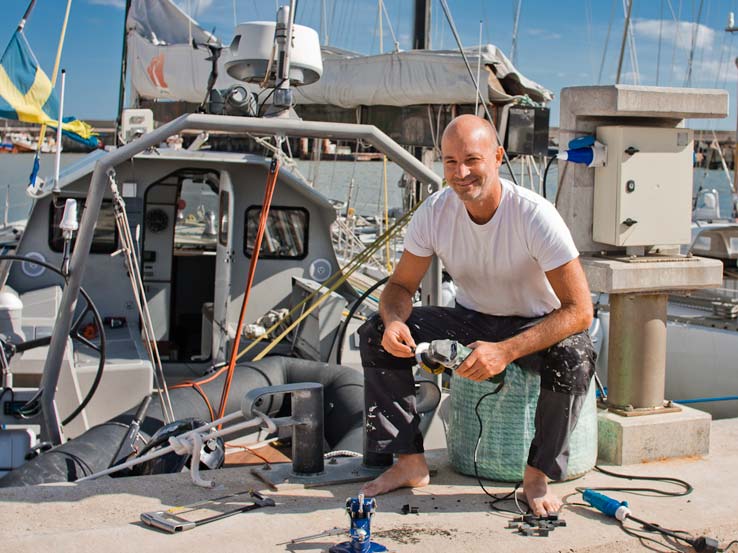 Much more inspirational weather in Piriapolis today. Finally it feels like the spring it should be down here. So I thought it would be a good day to start tackling the inner frames of front windows. They are screwed to small plastic cubes that are, or should I say were, glued to the hull around the window. The problem was that the gluing work was done during the winter in Stockholm. Gluing in -25°C is a sure recipe for a badly done job, but there was no choice at the time. Now its 45° warmer and I think it will work a lot better… Also because I am changing to ABS plastic from the previous PE, which is a bit hard to glue.

By the way, I am sitting on 220 meters of floating mooring rope that was just delivered. This is what we will use in the anchorages down in the Beagle channel to keep the boat tied to land when anchored.

My neighbor, a french guy, also has an aluminum boat with an aluminum dinghy. Except he did an Optimist instead of a RIB like I did. Cute! 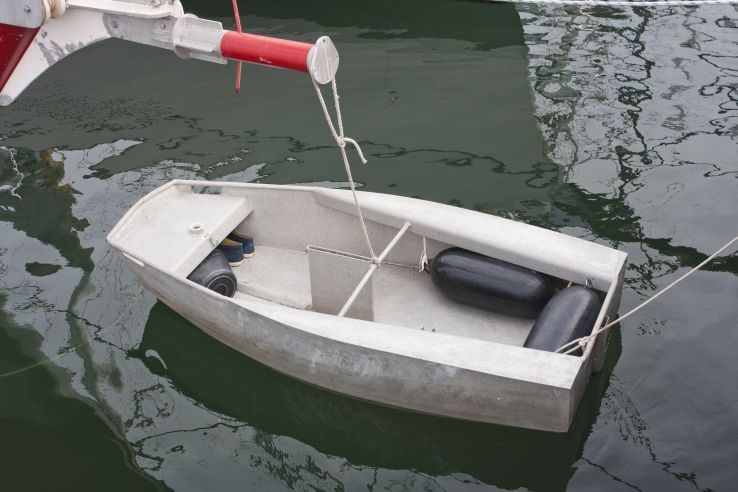 I was afraid we would have to paint the name of the boat manually on the topsides. No adhesive foil that I know of seemed to be able to stick to the sandblasted surface. But thanks to Torbjörn at Color Systems, who basically knows everything there is to know in the world of decal and sign printing, we now have the name nicely printed on the hull: 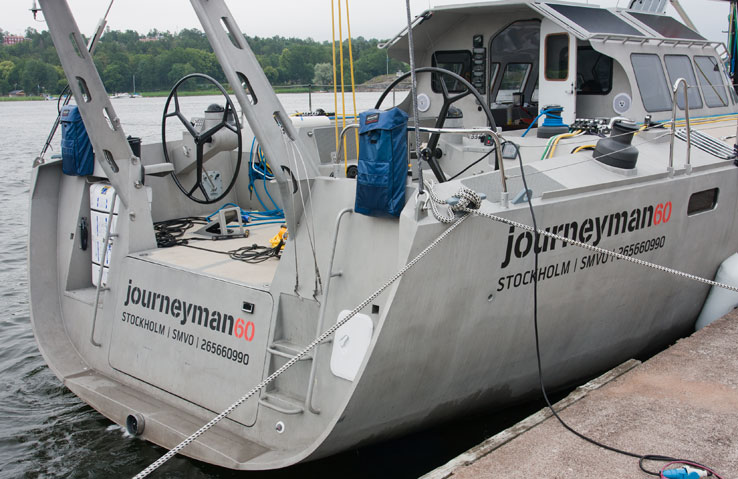 They used a type of foil designed to stick to asphalt roads, with the color printed on and then a floor laminate cover on top. Solid stuff…

This afternoon the team went into mass production mode with the floor panels: 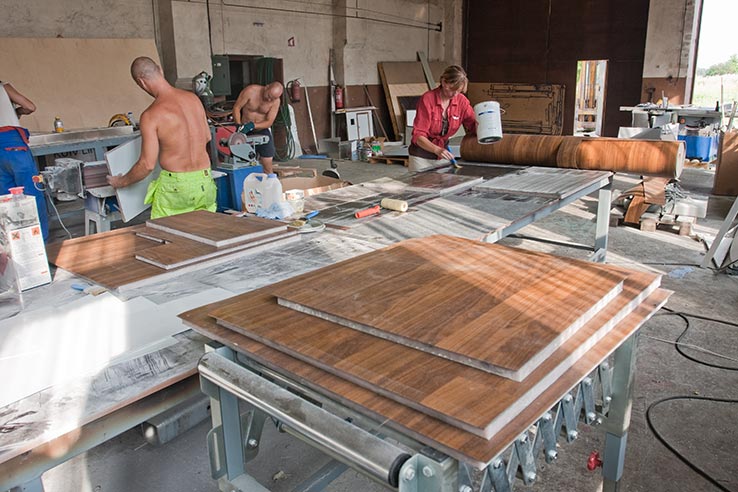 Here you can study the technique we use. The panels are made from aluminum honeycomb as described here. The edges of the panels are vulnerable to point loads, so they are filled with fiberglass reinforced polyester. Then the safety flooring mat is glued on top. The mat is cut to size after the glue has cured.