This morning was nice and calm. Cloudy, so not as hot as usual. I was working in the transom compartment, trying to find out why the automatic bilge pump had stopped working, when all of a sudden it was not so calm anymore.
An impressive thunderstorm, with gusts of wind up to 45 knots (23 m/s) hit the bay, blowing straight into it. My anchor started dragging pretty badly. The holding in the soft mud here is not so good. And the distance to the leeward shore was only about 300 meter. So I had to get the anchor out in the strong wind, and get the boat turned around before hitting it!

Getting the anchor up when the boat is heaving and turning like this is not so easy, especially when you are alone. I had quite some pulse going before I managed to get it out. By then the boat was drifting sideways to the shore with several knots of speed. This is one of the points in time where you really don’t want the engine to fail ;-)

Well it didn’t, so I got away and managed to put the anchor out again further out in the bay.

By this time the boat was thoroughly soaked inside, since I hadn’t prioritized closing down the hatches. So there was a bit of drying out work to do.

The good side of this incident was that I had a good test of the redesigned anchor arm, which got quite a beating, but held up well. And after calming down somewhat and getting the hatches closed, I also got a good test of the last days work, which was to get rid of the small annoying leaks the hatches had at some of the mounting screws. This test too came out pretty good. The hatches are much less leaky now.

One of the good things with working on the boat during winter is that all the cold weather problems in the hull become apparent. Condensation for example.

All the windows and hatches are double glassed, but the hatches have aluminum frames that get really cold: 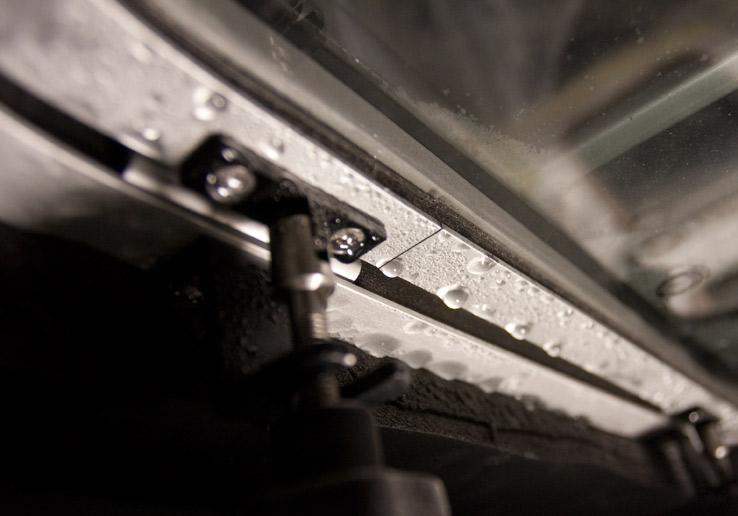 This is bad of course. One solution is to glue some foam insulation on the inner frame, but it would be really hard getting  that to look good on such a small (2mm thick) frame. So I made some walnut liners instead. Much better! 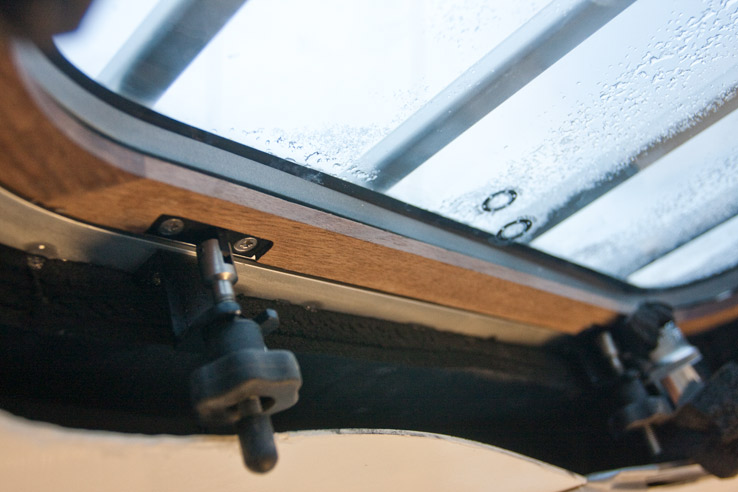 To start: I apologize for the web site not working very well since yesterday. My Internet provider has apparently screwed up things at their end. I hope things will improve, otherwise it will take a few days to move to a new one.

Anyways…. The work on and in the sail locker has been completed! Yay! In this image you can see the anchor chain storage box: 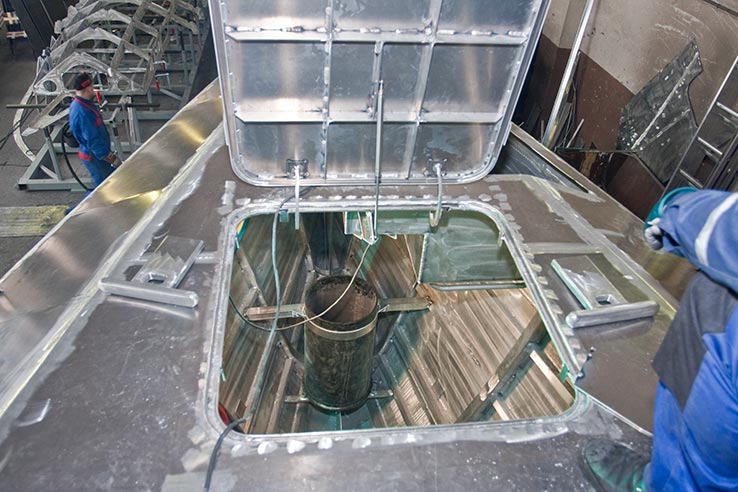 It is welded from polymer sewage pipe by a local plastics company. This solutions gives us a lightweight and very durable chain storage. As the chain is galvanized steel, it is very important to keep it away from contact with the hull, so we have to use a plastic storage box. The soft and low friction plastic is also ideal to reduce abrasion wear on the walls by the chain.

As you can also see in this picture the hatch is also completed, including a gas spring to hold it open.