Journeyman is now moored in Paraty. I plan to stay here or in the nearby area over the winter. Before writing a couple of longer entries in this blog concerning lessons learned over the last half years sailing, and about future plans, I will just share some cruising experiences from the last weeks.

The area around Ilha Grande, about 70 Nm west of Rio de Janeiro, is considered by many as the very best part of the Brazilian coastline. Ilha Grande has many well protected bays and anchorages in itself, and the small islands and coast around it has a few more. There are no large cities around the bay, so the water is reasonably clear. Well, maybe not just outside the main city Angra dos Reis, but in most other places. So we did a bit of snorkelling and swimming. 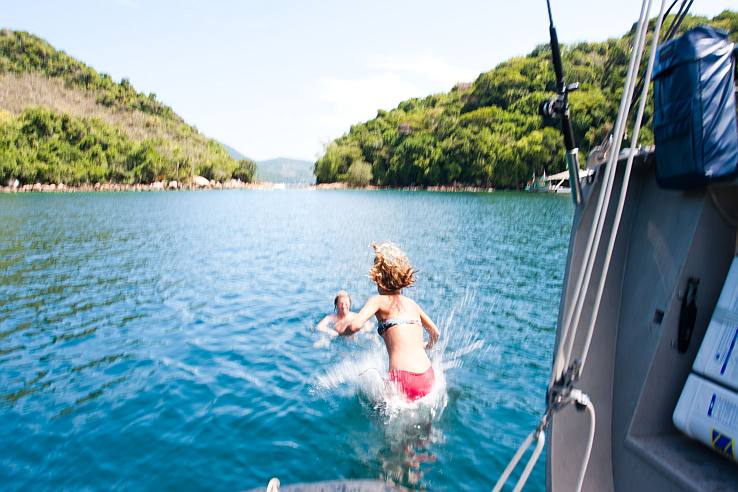 There are many beautiful bays like Lagoa Verde above, but in a lot of places the views are spoiled by oil platforms and also a couple of nuclear power plants. Despite this fact, the corals look a lot more healthy than I remember them doing in the Caribbean, for example. Which makes snorkelling quite fun. But you’d better get it done in the morning, because before 11 o’clock loads of tourist charter boats fill up every bay with noise and people. Most Brazilians seem not to know how to swim though, so you can have the deeper waters to yourself…

The small historic city of Paraty is a popular tourist attraction. I have even met a few Swedes. There are loads of small cosy hotels and restaurants. The central parts of the city are closed to cars, so supplies to the stores and hotels are loaded over to carts pulled by horses and mules before they can be delivered.

The national drink of Brazil is of course the Caipirinha, which just happens to be my favourite drink as well. The city of Paraty prides itself as the centre of the Cachaça culture in Brazil, and there is a Cachaça store on almost every block of the city centre. Some sporting several hundred different brands. 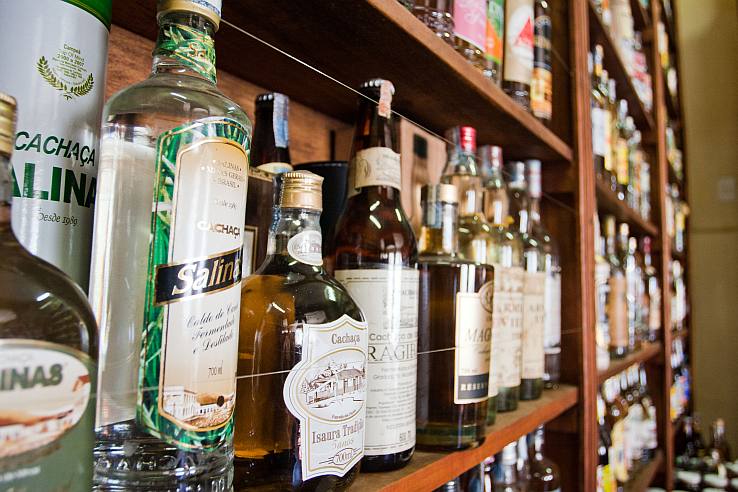 At this time of the year it is low season, so the city is pretty dead at nights. This suits me quite well, since I will be working on the boat and less tourists around means I can get things done quicker.