All sorts of factors are adding themselves on top of the Bahia tempo. The local Military Police are on strike. This totally screws up traffic in the city. Takes hours for my welder to get here in the morning. The army is trying to secure things but they are not very good at it. There has been an increase of murders and robbery in the area according to the newspapers.

Doesn’t feel any different here in the city centre though. But I wonder what will happen if the police are still on strike when the carnival starts…

And then there’s the heat. The equipment thinks it’s hot too. The old-school HF Ignition unit has had its cover taken off, and my small car heater is used as a fan to try to stop it from overheating: 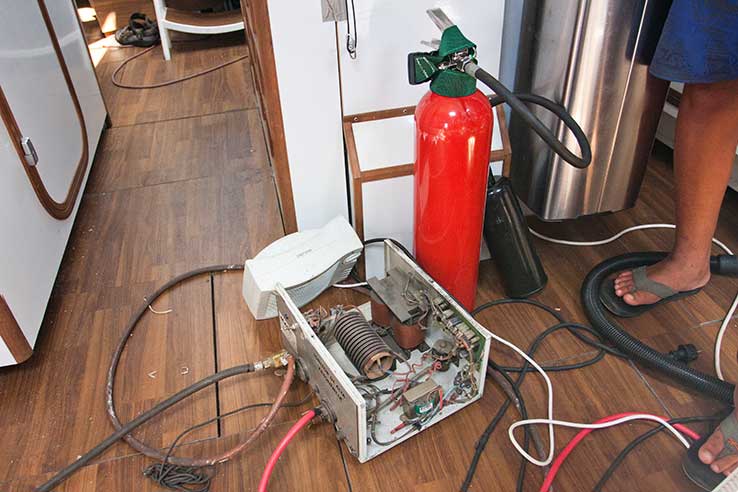 But anyway, the work feels good enough. Now the tank plates are quite solid. They will stop moving, I am pretty sure of that: 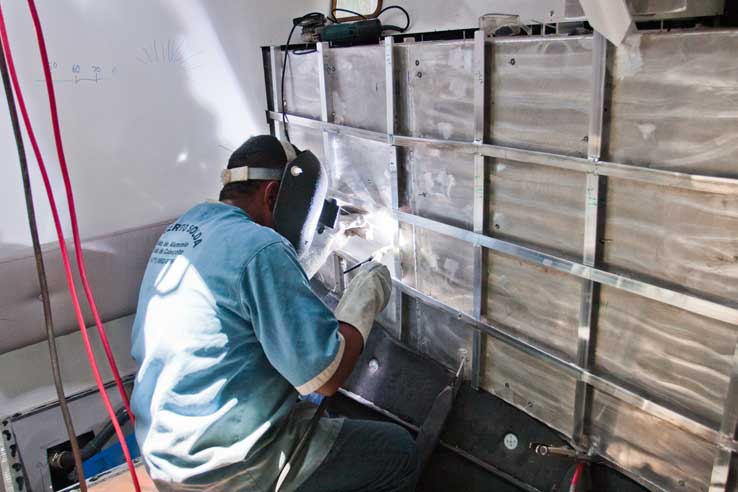 3 Responses to “Tank work coming along. Slowly but surely.”