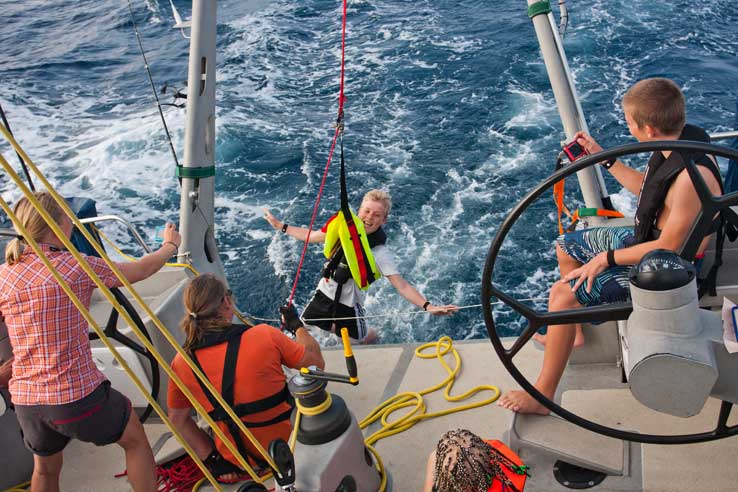 For a whole day now I have been angry at myself for screwing the navigation towards Ascension. I completely failed to take the equatorial current into account. It is marked on my pilot charts as setting at 1.5 knots, but it was twice of that. So now it has carried us waaay too far west, and we will have to beat upwind to reach Ascension. This means we will miss Christmas there too. Had we gone much closer to Africa before heading into the Doldrums this could have been avoided.

But one day of grieving is enough, so now I will stop, and concentrate on moving forward!

We crossed the equator this morning at 04:14 UTC, at 21° 41.8 minutes West. In keeping with the old naval traditions we had carried out initiation rites for the court of King Neptune the evening before. This included a rope knot test and a courage test of riding the surf behind the boat at full speed. Everybody passed the test and were duly baptized (to the tune of the film music from “Rocky”) in the early morning as we crossed.

One Response to “Navigation screwup, but at least we crossed the equator.”