Many details on the Journeyman are experimental. Most are working very well, some not at all, and some need some refinement. I have written before about the de-bubbelizing tank that the Journeyman has in the salt water inlet.

The pipe that lets out the air after it has been separated from the water used to end just underneath the ceiling in the salon. Since there would only be air coming out of this pipe I figured it didn’t really matter where it went, as long as it was well above the waterline at any heel angle.

However it turns out that when we are sailing in really bad waves at high speeds, like we did on the last leg, there is so much air being blown up through this pipe that it takes quite a bit of water with it. Which then ends up inside the wall in the salon. Not a good thing!

So today I installed a skin fitting in the deck and routed the air flow up in the air above instead: 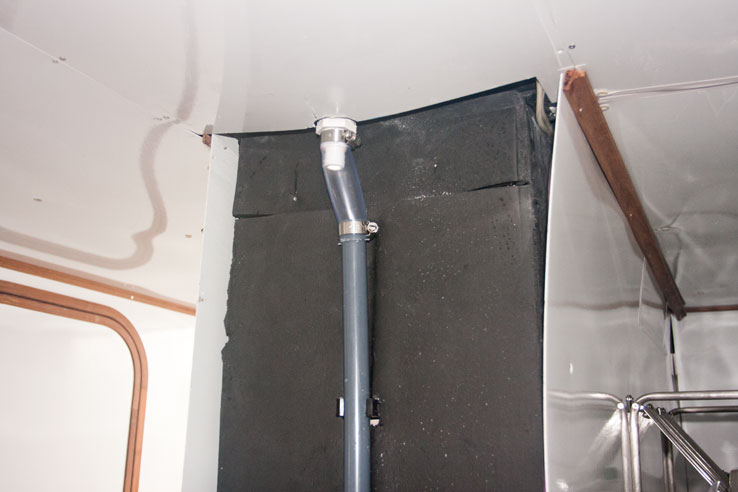