Yeah, OK, we’re on our way. But as what seems to be the norm in this project, not without friction.

One of the things that caused a bit of friction before we left Stockholm was the material for the keel sliders. I had designed it using established materials and techniques, but it wasn’t working very well. The material (POM-H or Delrin as it is known) was not good enough, it was wearing down quickly and getting loose. It is also an extremely hard material to glue, and it needs to be glued to the keel.

So I set about researching better materials and glueing systems to fix the sliders on the keel. I guess I was too lazy to to that beck in Estonia a year and a half ago. I found a material which had improved specifications on all points compared to than Delrin, a Teflon mixed PET plastic, which was also much easier to glue. And thanks to “The Glue Doctor”, Anders at Ellsworth,  I got a glue so strong that I dared to remove the screws the design had originally: 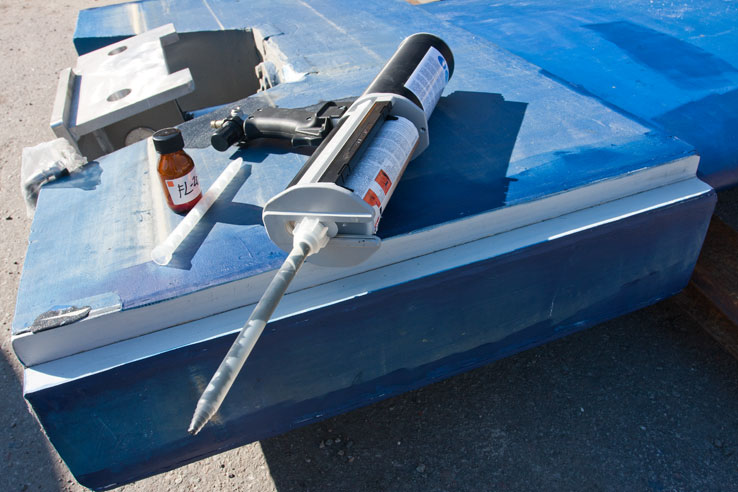 So that project took about a week to do, including refitting the fixed keel on the boat. And so, we left Stockholm on Monday with a boat that was fit for fight. I thought. Except we got quit a fight coming down to Ystad in strong head winds. and after about half the journey the starboard ballast tank gave up: 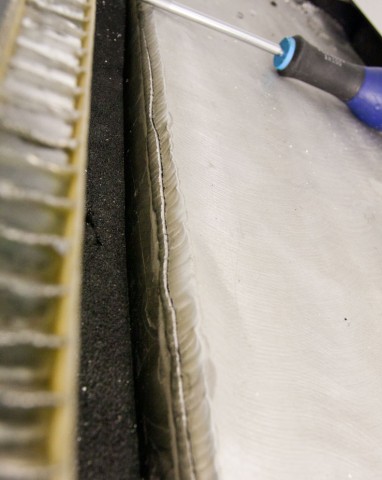 We had loads of water in the bilge all of a sudden. And tracked it to this cracked weld in the top front of the starboard tank. Now at this particular point of the journey there is no time to dismount the interior and get it fixed properly, so the reaction in this case was to go for a temporary fix instead. Sika to the rescue: 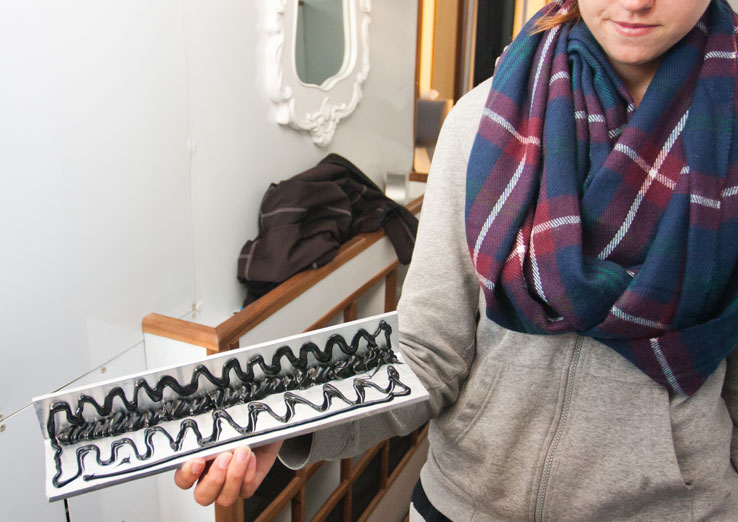 So hopefully we’ll be on our way towards Germany tomorrow!