Yesterday we went from Sandvik on Öland to Visby: 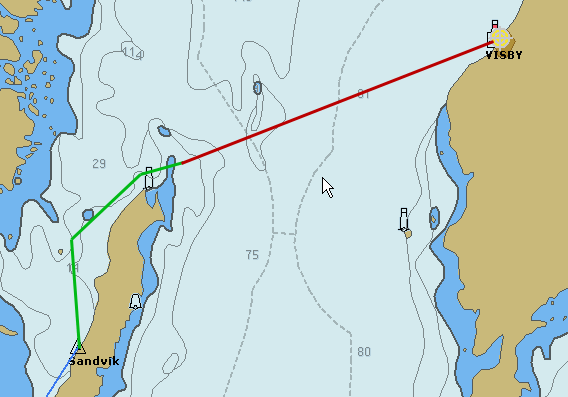 The weather was fair, with quite varying winds from 10 to 25 knots. During the later part of the journey (the red part of the track above) we had what I would call “ocean like” wind/wave conditions for the first time since I started sailing the Journeyman. So for the first time I got an indication of what average reaching cruising speeds would be like. We averaged 10.65 knots over 37Nm, which would be equivalent to a 24h range of 255Nm. The trip was very comfortable with moderate heel (half full ballast tank) and a basically completely dry cockpit despite 1.5m waves. The speed is slightly less than I would have hoped for, but still satisfying. The steering is beautifully smooth, with no broaching problems even during the few 30+ knot gusts.

The climate monitoring equipment also performed quite well and gave us some nice observations: 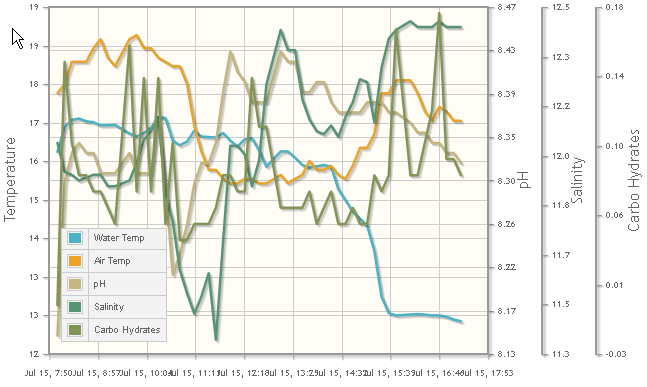 The sharp drop in temperature which occurs somewhere midway between the north point of  Öland and Visby coincides with an increased salinity level, indicating an upwelling from deeper waters. This is usually a biologically productive environment, which might explain why we saw quite a few of the Common Murres (“Sillgrissla”) from Stora Karlsö hanging around.

2 Responses to “Nice leg to Visby”