So we finished the steering today.

I had at least 2 months of e-mail arguments with the folks at HyDrive in Australia before they agreed to make a steering system according to my specifications. In the end they were kind of intrigued by my ideas, and actually built a prototype system in their factory before saying yes.

It wasn’t cheap either. But it’s really really solid. And today we put it together. After a lot of thinking I wrote down a 42 step bleeding process that we ended up not following completely, but we still got all the air out of the system nicely.

The system works…… wait for it…… Perfectly.

It is so precise that I am unable to move one wheel even half a millimeter without the other wheel following instantly. And then at a flick of a valve the wheels can be disconnected so only one is used for steering for even better feel and precision. And a second flick on the same valve locks the hole system completely solid, for just rudder lock or autopilot control. 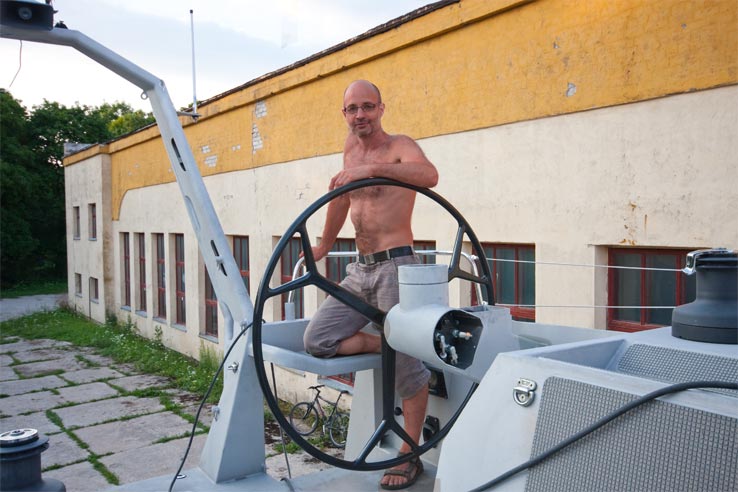