It’s starting to get more interesting on the inside of the hull now. Work is going on on the water, diesel and ballast tanks.

It is kind of tricky to weld inside a closed tank, that’s why there are so many manholes. The tanks have had to be changed quite a bit as well, unfortunately. It would have been smarter to put the T-bars on the frames after the tanks were put in, but nobody at Alunaut thought about that and I didn’t know enough about the manufacturing process when I designed them. So everything had to be slightly adapted to new positions, but in the end they are getting there.

Painting the insides of the drinking water tanks will be an interesting task.

(The space between the tanks in the foreground is where the engine will go). 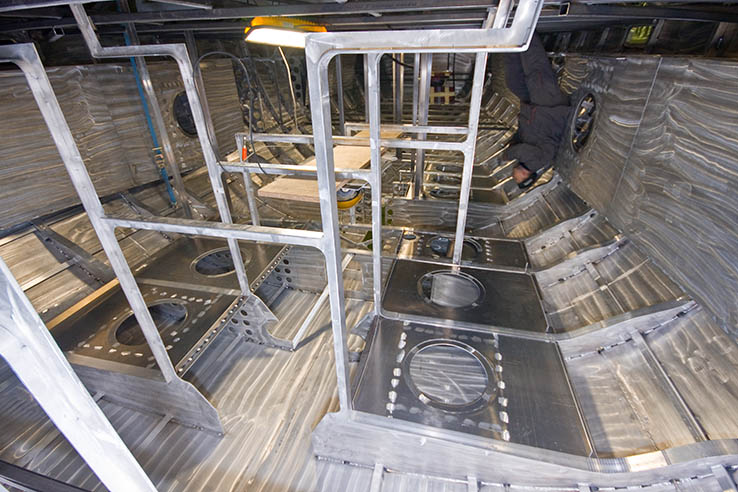 One Response to “Lots of tanks.”